Learn to make this fun St. Patrick’s Day craft for a pretty, festive, and lucky March mantel! This super simple St. Patrick’s day garland can even be made with the help of your kids.

Follow these easy steps to create your own Lucky Garland!

A really easy way to make your own stencil is simply by googling “4 leaf clover clipart free”. Find a look you like then print it! You might need to enlarge it to the size you’d like. For reference, mine was ~5 inches wide.

Cut out the printed shamrock and you have your stencil.

I made a very similar heart garland last year for Valentine’s day. I used almost the exact same technique with that as I’m showing you today.

3. Trace and cut out 4 leaf clover from cardboard

I got my cardboard from Amazon boxes I had in my recycling box. Your cardboard doesn’t need to be fancy and chances are good you have something around your home that will work without having to buy a thing.

The key is to get a somewhat heavy cardboard that will give you some substance for your garland.

Trace around your stencil onto the cardboard to create a sturdy shamrock for your yarn to wrap around.

I made five 4 leaf clover cut outs for this garland.

It doesn’t have to be perfect!

After tracing around your stencil, cut it out. I used scissors but you could also use a box cutter or sharp razor blade if you have one handy.

I chose to do three green and two linen 4-leaf clovers for a total of five. This number worked well for the size of my mantel (~6 foot wide).

Before beginning, determine the pattern you intend for your shamrocks. I went for every other one green with linen in between. This gave nice pops of St Patricks green but kept it a bit neutral at the same time.

TIP: Make sure the side you intend for the front of all of your shamrocks are facing the same direction when wrapping (the stem goes the same way). Both sides will likely look similar, but when you tie a knot in the yarn, you will want this on the backside so it won’t show.

So, the wrapping phase takes some time. I estimate that it took every bit of 10 minutes to wrap the yarn for each of my 4 leaf clovers. This task probably works best if you are doing it while watching tv or listening to your favorite podcast to make the tedious part go faster.

To get started, wrap the yarn around your cardboard and tie a knot on the backside. I had no real pattern for wrapping. Just round and round and round the shamrock until all parts of the cardboard were covered.

6. When done wrapping, tie a knot in the yarn

After all parts of the cardboard are covered, tie off the yarn on the backside of the 4 leaf clover. Tuck the end of the yarn under the other strands.

When tying off the yarn, I tied it to a piece of yarn (on the backside of my 4 leaf clovers) that was several layers deep to ensure it would be a bit more secure.

Thread the jute twine through the yarn on the backside of your shamrocks. I thought it was helpful to thread it through the two top clover leafs so it would hang evenly.

At first, I tried to thread the twine through the yarn using a bobby pin. BUT, I found it was actually just easier to do it by hand.

Don’t forget to ensure your shamrocks are all the same direction. AND be sure to consider your pattern (in my case every other one was green).

8. Hang the Garland on your Mantel or location of choice

When I hang seasonal garland, the easiest way I’ve found to attach it to my mantel is by using painter’s tape. No one will likely get close enough to see it and you don’t have to worry about removing paint from the mantel when you take your garland down.

Learn to make a fun reverse canvas St Patricks Day sign to add to your mantel decor or anywhere you want a little green color!

You can slide the shamrocks on the twine to get them in the center, then spaced out just like you want them!

This diy is a fun and simple way to transition to spring and other Easter decorations. Your decorations for holidays/seasons can definitely be simple. Frankly, those are my favorite!

This spring craft is a fun and inexpensive way to add a bit of lucky home decor this St. Patrick’s Day season. This is so simple, you could even get your kiddos to join in on the fun!

When is St. Patrick’s Day?

Why is St Patrick’s Day Celebrated?

Saint Patrick was a patron who ministered about christianity in Ireland in the fifth century and is thought to have died on March 17.

Why is St. Patrick’s Day celebrated with green?

St. Patrick’s day was originally a religious holiday celebrated only in Ireland. It was initially associated with the color blue. According to Reader’s Digest, over time green became the color most thought of for St. Patrick’s day due to Ireland’s nickname, The Emerald Isle, as well as green being part of Ireland’s flag.

Why is a shamrock associated with St. Patricks Day?

According to legend, during his ministry, Saint Patrick used the three leaves of a shamrock to explain the holy trinity (the Father, the Son, and the Holy Spirit).

Why is a four leaf clover considered ‘lucky’?

A four leaf clover is a variant of the three leaf clover. They are much more rare, hence one is considered lucky to find this more rare clover.

Take a moment to pin this to your favorite Pinterest board!

I’m April – a DIYer, home organization fanatic, and simple gal who loves a simple craft. My mission is to help you create a home AND LIFE you LOVE!

All images and text on this site are property of Love Our Real Life. Feel free to use one or two photos provided that a link back to my original post is included. Please do not remove any watermarks or edit any of my images without first obtaining written permission from me. All free printables offered are for personal use only. Thank you! 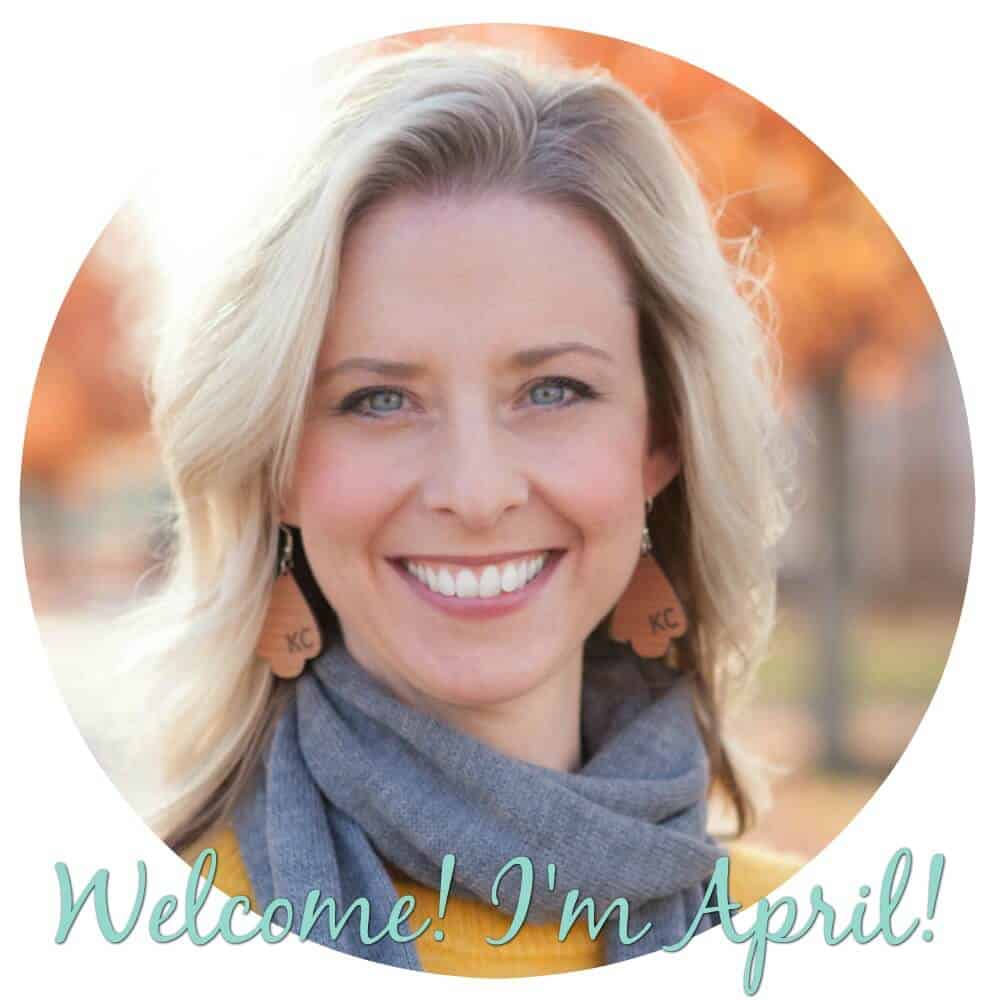 I'm so glad you are here! It's my mission to help YOU find ways to create a home you love. Join me for simple DIYs, crafts, and home organization projects to enjoy with your family! About me... 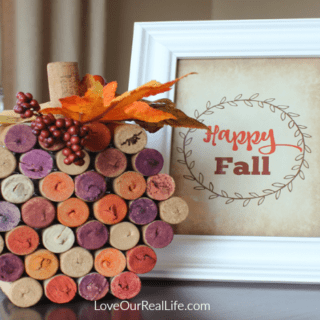 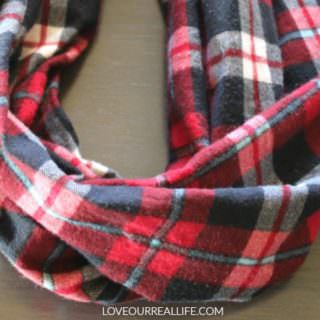 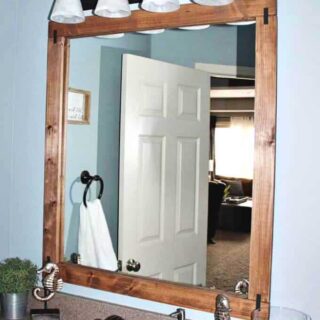 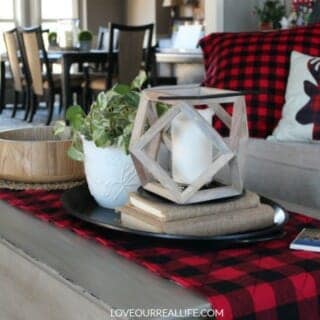 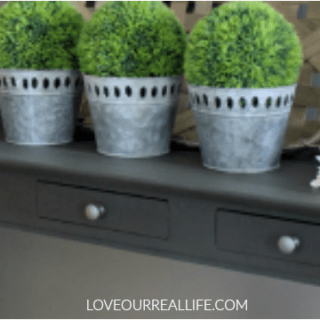 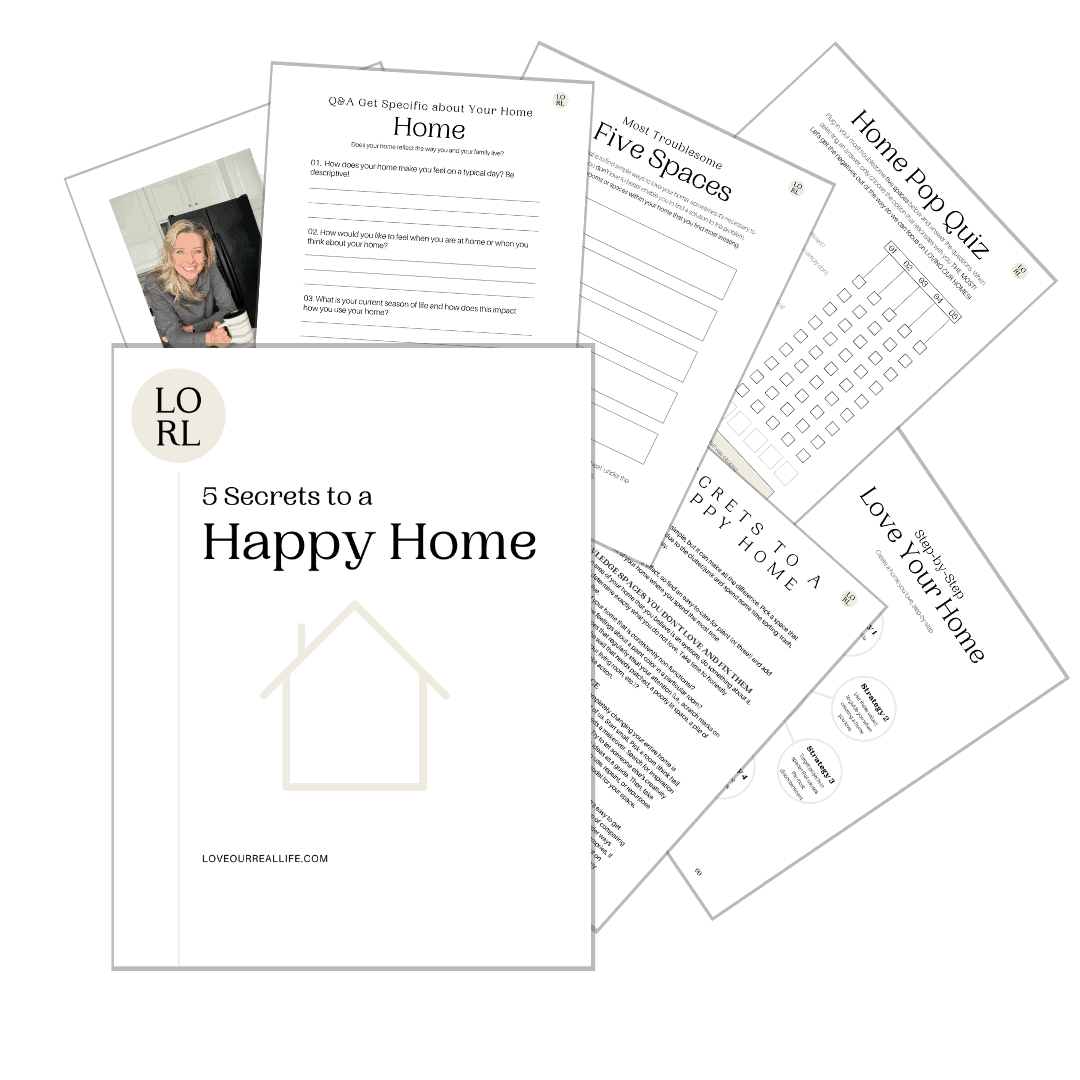 JOIN MY NEWSLETTER AND RECEIVE 5 SECRETS TO A HAPPY HOME

Learn to love your home and determine the focus of your next home project!
*by joining the newsletter, you agree to receive regular emails including promotions from Love Our Real Life.
We respect your privacy.

Powered by Convert Plus